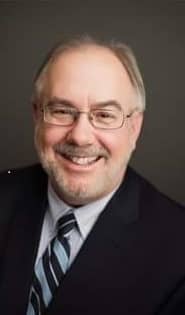 Don has often turned complex cases rejected by other firms into successful recoveries on behalf of his clients.  Don’s first case against a railroad involved a client who was turned down by three other plaintiff firms before Don happened to get her call.  After numerous depositions, working in the community to identify witnesses, and overcoming the railroad’s attempt to have the case thrown out, Don obtained a multi-million-dollar settlement the day before trial.

In another difficult case, Don successfully recovered a settlement against a Veterans Administration research project that resulted in his paraplegic clients experiencing additional ongoing lifelong injuries.  In yet another case, the Veterans Administration physician performed a follow-up surgery on Don’s client using guidelines provided by the expert Don retained which helped save his client’s lower limb.

Not one to back down on a challenge, Don took over forty-five depositions in a wrongful death case resulting in the discovery of massive wrongdoing on the part of the defendant and a large multi-million-dollar settlement.  In another case, the client came to Don one week before the statute of limitations was set to expire and unable to find a firm to take on the case with such short notice.  Don went forward with the case and discovered that the client’s wife died as the result of a surgeon attempting to locate and remove a body organ that had already been removed by a prior surgeon.

After graduating college at Miami University of Ohio, Don’s passion for helping people led him to work in a consumer organization fighting high energy prices.  Eventually, he became Director of Energy Pricing Research for a special joint Ohio legislative committee that developed an assistance program for low-income elderly and disabled households.  Before being accepted at Harvard Law School he worked as a Legislative Assistant in the Ohio General Assembly.

After representing clients at two of the largest plaintiff personal injury firms in Ohio, Don decided to bring his litigation experience to Babin Law.  Its work on behalf of human trafficking and child sex abuse victims along with its work on complex mass tort and class action matters demonstrated to Don its commitment to helping people.  Don now represents hundreds of abuse victims with claims against those who failed to provide a safe environment for our children.

When he’s not at the office, Don enjoys cycling, kayaking, running, and spending time with his children and grandchildren.

Our Commitment To You:

No Fees Unless We Win

Get a Free Case Review

833-SURVIVORS
Our Offices
Main Office
65 E State St.
Suite 1300
Columbus, OH 43215
2nd Office
140 E Town St
Unit 1100B
Columbus OH 43215
Quick Links
About UsContact Us
Resources
BlogVideosFAQs
The information you obtain at this site is not, nor is it intended to be, legal advice. You should consult an attorney for advice regarding your individual situation. We invite you to contact us and welcome your calls, letters and electronic mail. Contacting us does not create an attorney-client relationship. Please do not send any confidential information to us until such time as an attorney-client relationship has been established. This website contains advertising materials. The material should be considered advertising.
This site is designed to be accessible to and usable by people with and without disabilities. Please contact us if you encounter an accessibility or usability issue on this site.
Copyright © 2022 Babin Law, LLC All Rights Reserved